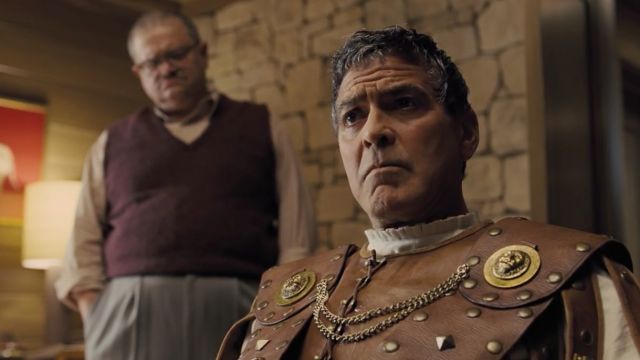 So it's Super Bowl weekend, and with that in mind, I'm gonna make this quick.

Easily holding on to the No. 1 spot this weekend was "Kung Fu Panda 3," bringing in an estimated $21 million and beating three new releases this weekend, two of which had particularly disappointing debuts.

This brings the worldwide total for Po and the gang to $198 million. Not as great as the last two entries in the series, but definitely the best performing new release of 2016.

That being said, the Kung Fu Panda may not hold that title for very long with "Deadpool" right around the corner.

The only new film to crack the top three this week was "Hail, Caesar!," bringing in an estimated $11 million.

Most people don't do any research before going to the movies, but according to some critics that's what you needed to really enjoy this film. That or several years in the movie business.

"It's like the Coen brothers trapped us all in their own little private joke that only people in the Hollywood industry are gonna get," YouTube's Jeremy Jahns said.

That may be why "Hail, Caesar!" carries a 79 percent approval rating from critics and a less-than-stellar 48 percent from average moviegoers like you and me.

Either way, this star-studded period piece only cost $22 million to produce, and as of Sunday it's earned half of that back already.

Managing to stay in the top three for a fifth consecutive week is "The Revenant," bringing in an estimated $7 million.

As for next week, this sequel looks really, really ridiculously close to the original.

Correction: A previous version of this video incorrectly labeled box office totals for “Pride and Prejudice and Zombies” and “The Choice.” The video has been updated.