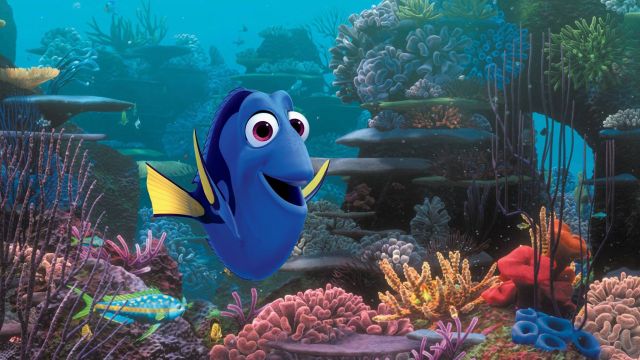 Looks like Dory remembers exactly where to find the top of the box office charts. For a third straight week, "Finding Dory" took home the top spot.

The film raked in roughly $42 million over the weekend, bringing in a grand total of $372 million domestically since its opening. Not bad for a fish and her friends.

SEE MORE: "'Finding Dory' Might Be Bad For Ocean Life"

Most notably, Dory's popularity seems to have pulled viewers from the only family-friendly film to open this weekend — "The BFG."

It's not often director Steven Spielberg lays an egg, but the Big Friendly Giant opened with a big, fat thud, good for only fourth place in this week's standings.

Coming in at No. 2, "The Legend of Tarzan" certainly didn't have a bad opening weekend — the film nabbed second place with about $38 million.

But with a budget of $180 million and big names like Alexander Skarsgård and Samuel L. Jackson, expectations were much, much higher.

The opposite can be said for this week's No. 3 spot.

The third installment in the "Purge" series was a pleasant surprise. "The Purge: Election Year" made up for its low $10 million budget by grabbing almost $31 million at the box office.

Next week, Dory might have her work cut out for her. Universal Pictures' "Secret Life of Pets" hits theaters this week, and it could be some stiff competition.

We'll see which one is top dog in next week's "Box Office Top 3."