Box Office Top 3: Condolences To Those Who Debut On Labor Day Weekend 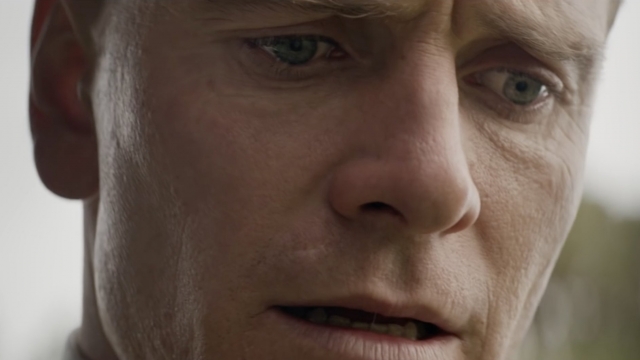 SMS
Box Office Top 3: Condolences To Those Who Debut On Labor Day Weekend
By Ryan Biek
By Ryan Biek
September 4, 2016
All movies had an uphill climb this weekend — it was the lowest grossing so far this year.
SHOW TRANSCRIPT

Moviegoers are either really brave or have a complex. For yet another week, they're paying good money to be scared.

"Don't Breathe" topped the weekend box office chart for the second week in a row. It's the first horror flick to do so since "Ouija" back in 2014.

"Don't Breathe" earned an estimated $15.7 million in domestic sales over the weekend, with analysts thinking it could earn more than $19 million by the end of Labor Day.

Not much has changed since last week, with "Suicide Squad" taking the No. 2 spot again. While "Pete's Dragon" ranked at No. 3, it, "Sausage Party" and "Kubo and the Two Strings" have spent the last two weeks in tight competition.

It's been hard for any film to gain traction, though, as this weekend was the lowest grossing so far all year.

Not a great weekend to make your debut. "The Light Between Oceans," a period drama that's had months of buzz and Oscar predictions, made under $5 million this weekend.

At least it has the excuse that it showed at just 1,500 theaters.

The movie's been described as a lot like "Ex Machina," but with worse writing.

"Morgan"'s saving grace, though, is estimates put its production cost as low as $6 million. Meanwhile, "The Light Between Oceans" has another $15.5 million to go before it breaks even.

The female-driven comedy's domestic totals topped $100 million as of this weekend.

So far, the movie's been a sleeper success story. It's never led charts, having to weather competition from "Suicide Squad" and "Jason Bourne."

Yet, "Bad Moms" has been an undeniably good return on its investment. Even with all the household names taking the lead roles, the film cost just $20 million to make.