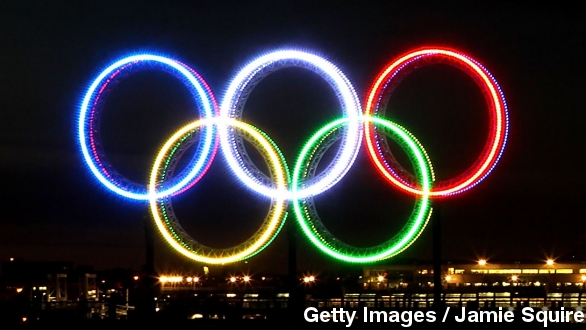 Boston, home of some of the most storied sports franchises in U.S. history, has been selected to be America's bid for the 2024 Summer Olympic Games.

Beantown beat out three other finalists Thursday to nab the U.S. bid. Those cities included Washington D.C, San Francisco and the only city in the group that previously hosted the Olympics, Los Angeles. (Video via Boston 2024)

The U.S. hasn't hosted the Olympics since the 2002 Winter Games in Salt Lake City, Utah.

The last time the country held the Summer Games was 1996 in Atlanta.

Now, Boston moves on to compete against international cities to decide where the 2024 Summer Olympics will be held.

"Between now and December 2015, Italy will be preparing its candidacy for the Olympics Games of 2024," Italian Prime Minister Matteo Renzi said.

Currently, Rome is the only of other city to enter the fray. But other countries, such as Germany, Hungary, France and South Africa, are also considering placing bids too.

The International Olympic Committee will then meet with representatives from cities between Oct. 7-9 in Switzerland, so cities can lay out plans on how they'd choose to host the event.

"When economists study the history of games, they don't find that cities are better off after hosting the games than they were before," Boston Globe contributor Chris Dempsey said.

Still, not all Bostonians are thrilled about winning the bid because hosting the mega-sporting event could end up being too costly for taxpayers.

There's even a group called "No Boston Olympics" that's trying to stop the city from hosting the games.

"There are stadiums, sitting. These are million, billion dollar projects sitting in countries for years and years and years that just collect dust," a critic of Boston hosting the Olympics said.

But proponents argue part of the reason the Olympic Committee selected Boston is because the city can already sustain it and doesn't need to do a lot of extra building. According to NECN, they say it's... (Video via WCVB)

"Less of a gigantic financial juggernaut than it's been in the past. More sustainable, less expensive. And Boston, with it's idea of taking advantage of huge numbers of existing venues, seems to fit that bill," an NECN contributor said.

But let's not get ahead of ourselves. Both New York City and Chicago failed to score hosting duties in the 2012 and 2016 Summer Games respectively. The IOC is set to make it's final decision for the 2024 Olympics in 2017.