Boston's Olympics Bid Could Come To A Vote 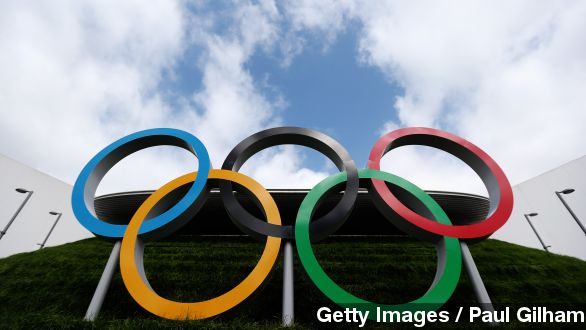 SMS
Boston's Olympics Bid Could Come To A Vote
By Jay Strubberg
By Jay Strubberg
January 20, 2015
Bostonians opposed to the city's 2024 Olympics bid want the question put to voters, and Mayor Martin Walsh says he will "not stand in the way."
SHOW TRANSCRIPT

A large minority of Boston residents aren't too thrilled the city won the U.S. bid for the 2024 Summer Olympic Games. And their voices may be heard.

Tuesday, Boston Mayor Martin Walsh said he will "not stand in the way" of a public vote that could potentially kill the city's chances of hosting the Games.

This is a change, of course, for Walsh. When the city won the U.S. bid Jan. 9, he said there would be "no public referendum." Though he most likely couldn't stop it from happening if he wanted to.

The majority of Boston residents do support hosting the Summer Games in 2024, but the anti-Olympics minority is definitely too sizeable to ignore.

In fact, a WBUR polls shows one-third of all Bostonians are opposed to the city hosting the event.

"Here you have more supporters than opponents, but it's nowhere near the level of support you'd see in other Olympic venues in the past. ... One of the fears is that we're going to have a great event and then be stuck with the tab at the end of it," The MassINC Polling Group President Steve Koczela said.

That last thought is a familiar sentiment of those who don't want the Summer Games in Beantown.

In fact, it's been the rallying cry for the group "No Boston Olympics." It says the event would put too much of a burden on taxpayers.

Regardless of whether a city- or state-wide ballot against the Games gains traction, the idea alone could jeopardize Boston's bid.

The Wall Street Journal says the "United States Olympic Committee would likely view even the prospect of a referendum as a major obstacle to the U.S. hosting the Summer Games." The Journal says the IOC "wants approval ratings to be roughly 80%."

The Boston Herald says organizers would need to get 65,000 signatures in order to make a public referendum.