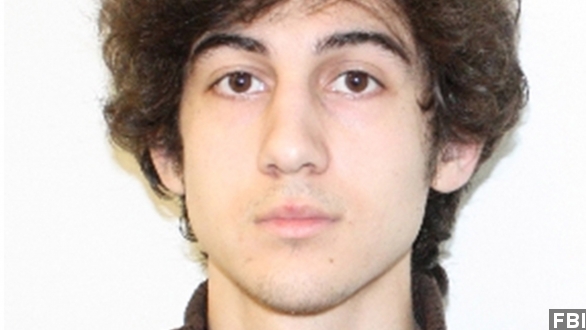 More than a year and a half after the April 2013 Boston Marathon bombings — where three people lost their lives and 280 others were injured — the first step in the trial, jury selection for accused bomber Dzhokhar Tsarnaev, is set to begin. But with a pool of about 1,200 people, selection isn't expected to be a quick process.

"They're being called in panels, 200 to 250 at a time, two panels a day. They will fill out questionnaires, and then they will get weeded out. ... They're predicting four to six weeks," explained CBS legal expert Rikki Klieman.

Klieman says a juror must first be able to sit through a trial that could take as long as five months. And, like in other high-profile cases, they must prove the publicity has not made them biased. Lastly, and this is specific to the state of Massachusetts, a juror must state they're open to the possibility of handing down a death penalty.

In Massachusetts, the death penalty is banned, but it's still a possible outcome for Tsarnaev because the trial will take place in a federal court.

As for the trial itself, analysts say it's a clear-cut matter of life or death for Tsarnaev. Former federal prosecutor Doug Burns says there's a strong case against the 21-year-old.

Tsarnaev's defense team lost an appeals court decision Saturday to move the trial after claiming too many people in Massachusetts have already been exposed to news of the case.

And The Boston Globe reports the defense also asked for the trial to be delayed to give more preparation time, but that too was denied.

An overarching consensus as to what we might see from the defense is a transfer of blame away from Dzhokhar and onto his late older brother, Tamerlan.

"Defense attorneys say he was controlled by his older brother, Tamerlan, who was killed by police three days after the bombing," CNN reports.

Another factor working in Tsarnaev's favor — his lawyer Judy Clarke. Clarke is known for saving the lives of convicted criminals like Jared Loughner, the man who killed six people and shot congresswoman Gabby Giffords, Unabomber Ted Kaczynski, and Olympic Park bomber Eric Rudolph. A fellow defense attorney told The Daily Beast, Clarke "In addition to being a brilliant lawyer ... perhaps her most impressive quality is her ability to connect and understand individuals that the rest of the world despises."

After jury selection, the trial will likely last months as the prosecution has reportedly called hundreds of witnesses. Tsarnaev has pleaded not guilty to all 30 federal charges against him. That includes a charge of using a weapon of mass destruction resulting in death.

This video includes images from Getty Images, Ken Lund / CC BY SA 2.0 and the FBI.