Boko Haram Isn't The Only Group Swearing Loyalty To ISIS 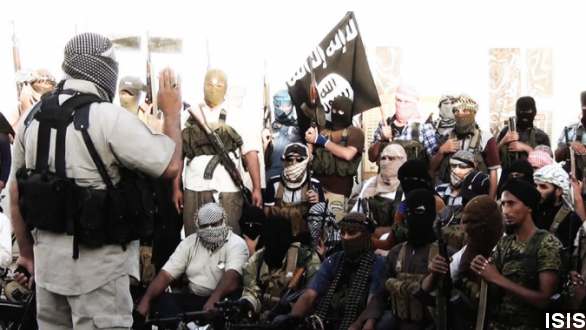 ISIS has made no secret of its desire to expand its so-called caliphate.

And it scored a major propaganda victory this weekend when, in an audio recording, Nigeria's militant Islamist group Boko Haram officially pledged allegiance.

But Boko Haram is hardly the first extremist group to do so.

IntelCenter, which studies terror networks, says 31 groups across 16 different countries have either pledged support or allegiance to ISIS.

That means the group's sphere of influence now looks something like this.

Unlike Al-Qaeda, which was picky about which groups joined its ranks, ISIS has welcomed supporters with open arms.

That includes, Abu Sayyaf, an Al-Qaeda-linked terrorist group in the Philippines. In September, it released this video announcing its allegiance.

And now, ISIS is gaining a foothold in Libya, with a major presence in at least three major cities.

In addition, ISIS says it added parts of Algeria, Saudi Arabia and Yemen to its caliphate, but the group's had limited success with less-established jihadi offshoots in those countries.

In the case of Yemen, ISIS is competing for influence with Al-Qaeda's most dangerous affiliate known as AQAP, which considers the ISIS caliphate illegitimate.