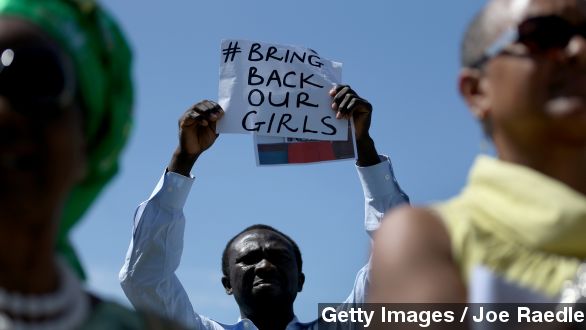 In the ongoing back and forth between the Nigerian government and Boko Haram, the militant terrorist group's leader has denied both a cease-fire with the government and plans to release more than 200 kidnapped schoolgirls.

Abubakar Shekau, seen in this video from early October, released a more recent message on Friday saying the missing schoolgirls have converted to Islam and have all been married off. (Video via Sahara TV)

If true, it stands as a complete reversal of reports from earlier this month that the Nigerian government was in the process of freeing the schoolgirls and working on a much-needed cease-fire with Boko Haram. (Video via CNN)

The validity of the announced cease-fire was questioned as a possible pre-election publicity stunt by the government, and further attacks on villages by Boko Haram cast it into further doubt.

After the release of this latest video, an Al Jazeera correspondent reporting from Nigeria's capital says there's a feeling the country is back at square one in freeing the kidnapped girls.

AHMED IDRIS VIA AL JAZEERA: "The general feeling here is of anxiety or fear of that sense that we are back to where we were two weeks ago."

This isn't the only time military officials and Boko Haram have offered conflicting reports either. (Video via BBC)

In September, Cameroonian officials claimed they had killed Shekau showing a grainy photo as proof. A month later, he appeared in a video telling officials he was still alive. (Video via Euronews)

A recent report by Human Rights Watch revealed new details on the conditions those kidnapped by the terrorist group face, including abuse, forced labor, and forced participation in military operations. (Video via Human Rights Watch)