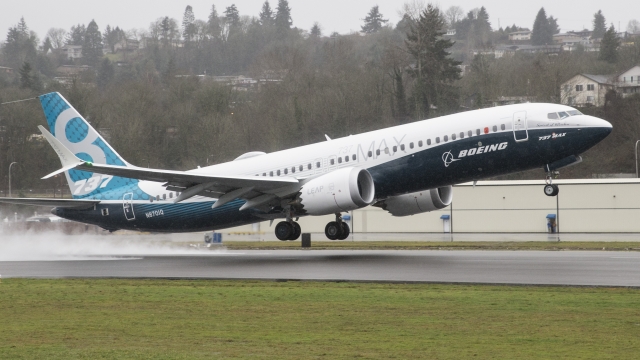 SMS
Boeing Seals The Deal To Sell New Airplanes To Iran Air
By Ryan Biek
By Ryan Biek
June 21, 2016
It could be one of the biggest business agreements between Iran and a U.S. manufacturer since trade sanctions against Iran were softened in January.
SHOW TRANSCRIPT

Boeing confirmed Tuesday it has reached a tentative deal to sell airplanes to Iran.

Few details have been disclosed so far, but it could be one of the biggest business agreements between the nation and an American manufacturer since trade sanctions against Iran were softened in January.

Iran is in serious need of planes. Toward the end of last year, the average age of Iran Air's fleet was 22 years old, and the country had one of the worst safety records in the world.

Boeing could be looking at a lucrative decade. An Iranian official said last week the country will need 400 passenger planes over the next 10 years to replace its aging fleet. Boeing is joining the competition with Airbus, which signed a deal with Iran for 118 planes in January.

Airbus' agreement is worth $27 billion. Reports say Boeing's deal is worth about $2 billion less.

But Airbus' order has yet to be finished because many of the European-based company's parts come from the U.S., which hasn't given the deal regulatory approval.

For its part, Boeing is still waiting on the OK from the U.S. government, too.

This video includes clips from Boeing, the U.S. Department of State, PressTV, Airbus and CCTV.