Boeing’s New Dreamliner Could Help It Leave Its Slump 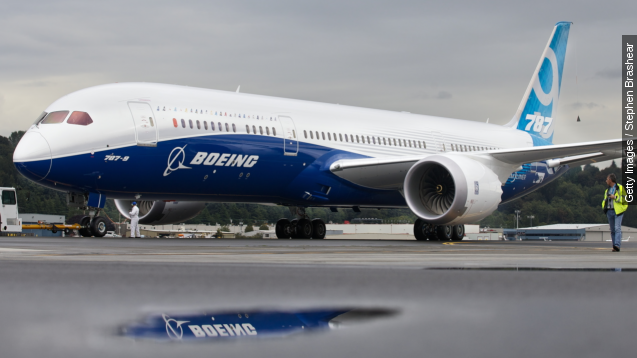 Boeing is showing off its newest model, 787 Dreamliner, ahead of the Paris Air Show next week. Its pilots put the aircraft through its paces in a teaser video, starting with a takeoff that appears nearly vertical. (Video via Boeing)

One airline pilot told CNN that passengers should expect launch angles more in the 20-degree neighborhood when the plane is loaded down with people and luggage. (Video via CNN)

Think of the teaser stunt as proof the plane can handle any stresses placed on it, like the wing load tests Boeing ran back in 2010. If it can handle this, it can handle day-to-day operations.

The 787-9 will have a higher fuel capacity than the 787-8 — of course — and will be more fuel-efficient than the 767 Boeing designed it to replace.

And in the U.S. especially, the 787 has run into some roadblocks. Or airblocks. Think of the Dreamliner, and you probably think of how…

The FAA grounded the whole fleet in early 2013 because built-in batteries posed an explosion and fire risk. (Video via CNBC)

And there was a software bug that Boeing’s testing showed could have shut down a plane’s electronics if they were left on for too long.

The setbacks roughed up Boeing’s stock at the time, but it’s bounced back as of late— just in time to show off in Paris. (Video via CNBC)

This video includes images from Getty Images. Music by Skill Borrower / CC BY NC Sampling Plus 1.0.