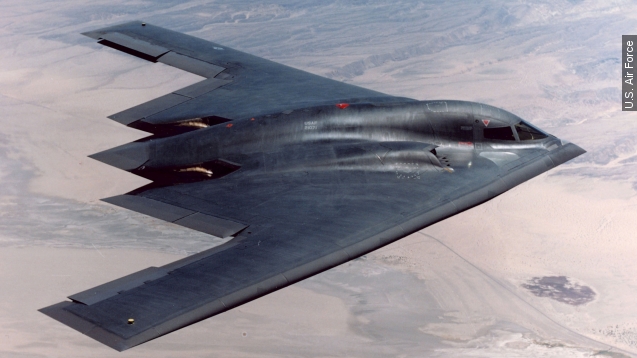 The Air Force's new Long Range Strike Bomber program has been grounded thanks to a protest from Boeing and Lockheed Martin with the Government Accountability Office.

The contract was awarded to defense contractor Northrop Grumman in late October, but Boeing said in a statement, “The selection process for the Long Range Strike Bomber was fundamentally flawed.”

The Air Force denied the allegation, saying the "selection team followed a deliberate, disciplined and impartial process to determine the best value for the warfighter and taxpayer."

Northrop Grumman likely won because it had a bid of $511 million per plane, well below the Pentagon’s cap of $550 million. Not to mention it already built the LRS-B's predecessor, the B-2 stealth bombers.

The Air Force wants 80-100 of the new planes by 2025, but when you factor in maintenance and the inevitability that something in such a large project could go wrong, Defense News projects the contract could wind up costing taxpayers more than $100 billion.

And even if they don’t get the contract, Lockheed-Martin will still get plenty of money from the Department of Defense since it already has the F-35 strike fighter contract, worth a staggering $1.5 trillion. But Boeing’s St. Louis facility is set to stop manufacturing military planes by the end of the decade, making its bid for the LRS-Bs crucial for the plant’s survival.

Unfortunately for the aviation giant, it's facing steep odds. Only 2 percent of defense protests were successful in 2013, the most recent year with available records.

Whoever ultimately wins the contract, the new planes are expected to have increased stealth capabilities over their predecessors, as well as the ability to carry nuclear weapons. Adjudicators have 100 days from the time the protest was filed to make a decision.