The World's Scariest Airport Landing Won't Be So Scary Anymore 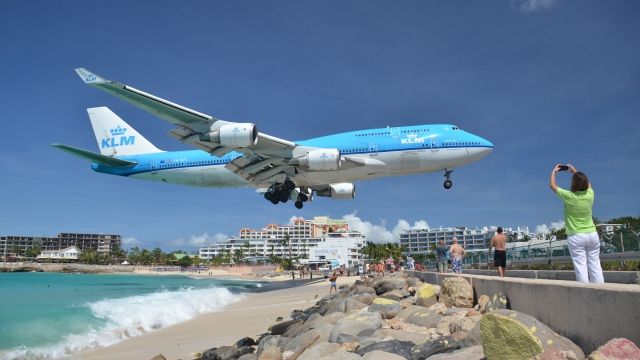 SMS
The World's Scariest Airport Landing Won't Be So Scary Anymore
By Katherine Biek
By Katherine Biek
October 27, 2016
The runway at Princess Juliana International Airport in St. Maarten backs up to a public beach.
SHOW TRANSCRIPT

Some call this the "world's scariest" airport landing. Others might say it's the "coolest."

The runway at Princess Juliana International Airport backs up to a public beach on the island of St. Maarten. Tourists and locals often gather to watch giant Boeing 747s descend right over their heads. But that's about to change.

Dutch airline KLM will stop using the jumbo jet on its flights from Amsterdam to St. Maarten by Oct. 30.

For fuel-efficiency reasons, it'll instead use the Airbus A330.

KLM is scheduled to use a Boeing 747 to fly passengers to the Caribbean island one last time on Oct. 28.