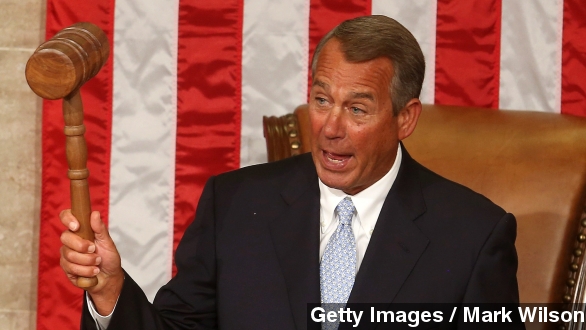 Re-elected to a third term, the Speaker of the House took the gavel once again Tuesday.

But he faced a tougher vote than expected, picking up only 216 of the 408 votes cast. Twenty-five hardline conservatives broke with Boehner instead voting Reps. Daniel Webster, Louie Gohmert and a few others.

But Boehner's opposition didn't have a single candidate to rally around, instead spreading out support to several lawmakers.

He might not be conservative enough for some, but Boehner is certainly of the "those that govern least govern best" school:

And Tuesday, his message touched on a lot of conservative economic themes.

"We can build an economy that furthers better-paying jobs, more growth and more opportunity for the nation's middle class. This is our vital task," Boehner said.