Bobbi Kristina Brown Update: What To Know About The Case 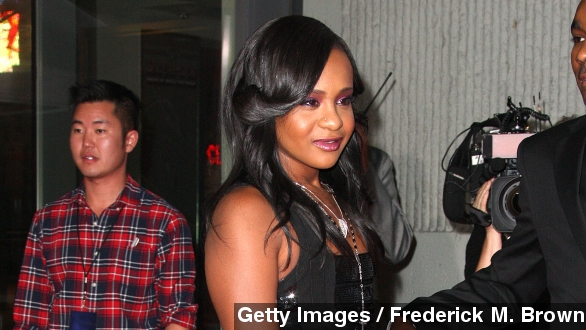 SMS
Bobbi Kristina Brown Update: What To Know About The Case
By Lauren Zima
By Lauren Zima
February 13, 2015
This week, police have confirmed there is a "criminal investigation" going on; they also released a 911 call.
SHOW TRANSCRIPT

Bobbi Kristina Brown’s partner, Nick Gordon, is speaking out for the first time since her hospitalization. Gordon reportedly has not visited her but says there’s no truth to rumors that he plans to take legal action to do so.

His attorney says: “Mr. Gordon's only concern is the recovery of Bobbi Kristina. He remains in constant prayer for his companion and he hopes to be reunited with her soon.”

People reports Gordon may have been barred from the hospital by Bobbi Kristina’s family.

And a revelation that Jan. 27, just days before she was found, 21-year-old Bobbi Kristina hit another car in Roswell, Georgia. The two men in that car were hospitalized. The mother of one told ABC:

“This was a terrible tragedy. [Russell Eckerman] was on his way to work when he was met with this tragic incident.”

Police confirmed Wednesday they're conducting a criminal investigation into why Bobbi Kristina Brown was found unconscious in her bathtub. And what may be a key piece of evidence: this week, police released a Jan. 23, 911 call.

Us Weekly reports a man, who said he was a community security guard, called police after a neighbor reported a fight outside of Bobbi Kristina's home. There were no other details.

But Monday, WSB-TV reported investigators were concerned about injuries to Bobbi Kristina's face and mouth. This after rumors over the weekend that Gordon was being investigated.

Gordon was at home when Bobbi Kristina was discovered, reportedly either by Gordon and friend Max Lomas, or by Lomas alone.

The Brown family released a statement Tuesday requesting privacy, and saying, "This is a criminal investigation and the integrity of that process requires silence."

Bobbi Kristina was found Jan. 31. She is on life support at an Atlanta hospital with her family, including father Bobby Brown, at her side.

Bobbi Kristina's mother, Whitney Houston, was found unresponsive in a bathtub on Feb. 11, 2012.