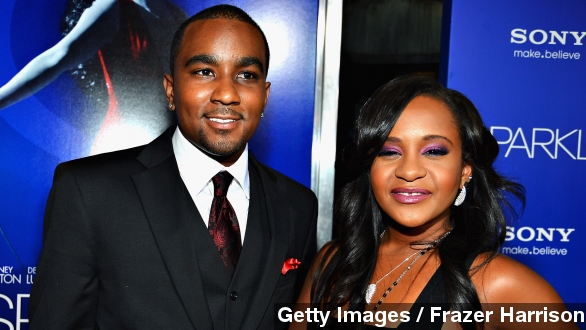 The medical status of Whitney Houston's daughter, Bobbi Kristina Brown, is looking much worse. Here's how one Atlanta station described it:

"Bobbi Brown, Krissy to her family, is in a fight for her life."

That's not what we're hearing from the Houston family, but they're remaining relatively quiet on the 21-year-old's condition. As of Sunday, she was in a medically induced coma at a Georgia hospital.

Her father, Bobby Brown, released a statement asking for privacy, but giving no update on her condition.

But media are reporting sad news from anonymous sources.

People magazine's source says a recovery would be a "miracle," and that Bobbi Kristina has "very little brain activity."

On Saturday, Bobbi Kristina's husband, Nick Gordon, found the 21-year-old unconscious, face-down in a bathtub at their home. She was revived, taken to a hospital and stabilized. (Video via Lifetime / "The Houstons: On Our Own")

Whitney Houston was found unconscious in a hotel bathroom in Los Angeles nearly three years ago — on February 11, 2012.

"We don't know if this was a medical condition, where she had a problem in the tub, or if it was any type of self-initiated or overdose type of situation."

According to WSB-TV in Georgia, police did not find any illegal substances at the home.

On January 26th, Bobbi Kristina Tweeted that she and Gordon missed Houston, with "#Anniversary."