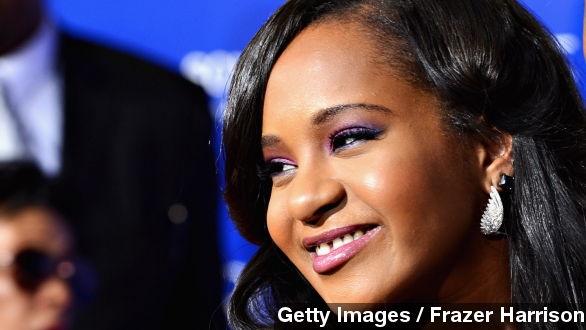 “The husband located her in the bathtub along with a friend and immediately started CPR on her and when a police officer arrived within minutes they took over life saving measures,” said Roswell Police Department.

TMZ reports that police executed a search warrant on Brown’s home, and no drugs were found.

Brown spoke to Oprah in this interview just a couple months after her mother's death in 2012. She's now 21.

"That's what everyone wants to know: how are you doing?" Oprah said.

"Me, I'm — I'm getting through it. Doing as well as I possibly can," Brown responded.

Brown is still receiving treatment at the hospital. There's no word yet on how she became unconscious.