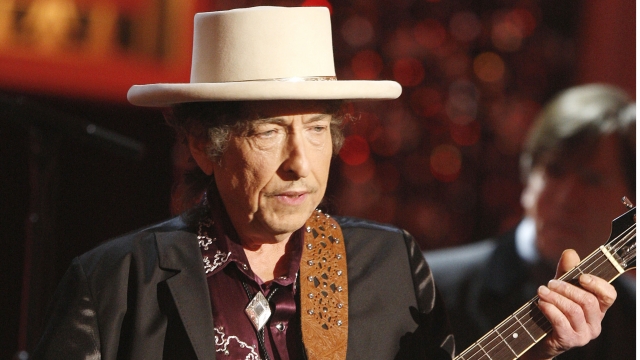 SMS
Bob Dylan Wins The 2016 Nobel Prize In Literature
By Briana Koeneman
By Briana Koeneman
October 13, 2016
Dylan was given the award for "having created new poetic expressions within the great American song tradition."
SHOW TRANSCRIPT

The iconic singer/songwriter was awarded the 2016 Nobel Prize in literature on Thursday for "having created new poetic expressions within the great American song tradition."

He's the first American to be given the prestigious honor since novelist Toni Morrison won in 1993.

Many were surprised to hear that Dylan won, since the prize is normally given to novelists, poets and authors.

But the Swedish Academy is standing by its decision.

And many poets and musicians have praised his lyrics in the past.

As former Rolling Stones bassist Bill Wyman wrote in 2013, "His lyricism is exquisite; his concerns and subjects are demonstrably timeless; and few poets of any era have seen their work bear more influence."

Dylan and the other recipients of this year's Nobel prizes will officially receive them at a ceremony in December.