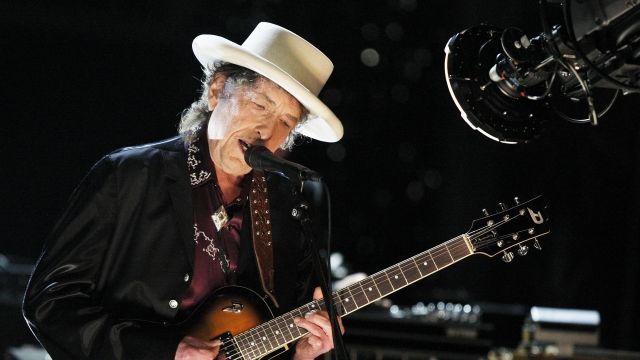 SMS
Bob Dylan Has Acknowledged His Nobel Prize Award — Finally
By Lindsey Pulse
By Lindsey Pulse
October 29, 2016
It took weeks for the musician to respond to the Swedish Academy's award, but it sounds like he's pretty pumped.
SHOW TRANSCRIPT

The musician received the award for literature in mid-October, but kept the Swedish Academy and the public pretty much in the dark about how he felt — until now.

In an exclusive interview with The Telegraph, Dylan said receiving the prize is "amazing" and "incredible."

Dylan also reached out to the Swedish Academy this week, saying the win left him "speechless."

That might be why Dylan's initial response wasn't very enthusiastic — or nonexistent. The Academy tried to contact Dylan when it awarded him but got radio silence in return.

The musician even had a show at a music festival after the award was announced and still didn't acknowledge it. The Nobel committee called that response "rude and arrogant."

But fast-forward to the present, and Dylan says he'll accept the prize. As for turning up to the awards ceremony, the musician says he will "if it's at all possible."

SEE MORE: Contracts May Be Boring, But They Won These 2 Men A Nobel Prize