BMW Wants You In The Driver's Seat, Even If You'll Never Own A Car 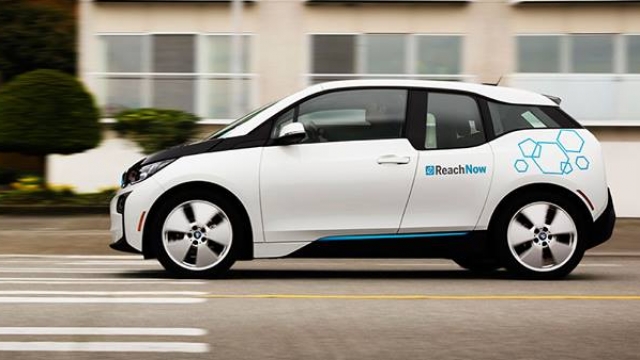 SMS
BMW Wants You In The Driver's Seat, Even If You'll Never Own A Car
By Ben Lawson
By Ben Lawson
April 9, 2016
BMW is launching the ReachNow car-sharing service in Seattle to target young people who might not buy a vehicle.
SHOW TRANSCRIPT

BMW is bringing its car-sharing service to Seattle.

Don't confuse this with ride-sharing apps like Uber. With BMW's ReachNow service, you rent a car for a set price per minute. Cars are distributed throughout the city, and when you're done, you just drop it off in any legal parking space within the operating area.

This is just one example of how automakers are testing ways to adapt to changes in how people use transportation.

One of those changes being that millennials might not be as interested in owning cars as previous generations.

If that's the case, car-sharing seems like a logical route for automakers — especially if they want to stay relevant.

Ford and General Motors are also dabbling with similar services.

BMW has yet to announce plans for a wider rollout of ReachNow in the U.S., but it reportedly hopes to expand the service to include car delivery and chauffeur services.