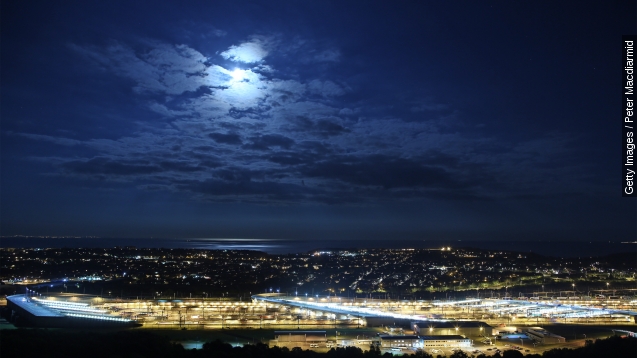 Florida police are investigating the murder of an elderly woman and her two sons killed in their Pensacola home. Police believe it was part of a ritual.

The murders happened July 31, the night of the blue moon – an astronomical phenomenon that occurs once every three years. Police think it wasn't a coincidence the killings happened on that night.

A spokeswoman for the sheriff's office told CNN there are "some indications in the investigation that witchcraft may have been involved."

"We believe the weapon was a claw hammer. Multiple blows were struck on each victim. Their throats were slit also," Sheriff David Morgan said in a press conference.

A spokesman for the sheriff's office told NBC further evidence that points to the suspected killer having a ritualistic motive include "the injuries to the victims, the positions of the bodies and also the person of interest right now is also a practitioner."

Police checked the family's home after a co-worker of one of the sons reported his absence from work. (Video via WALA)

"It's a frightening thing to think about, especially if you have small children," neighbor Ken Lester told WALA.

There were no signs of a forced break-in. According to the Pensacola News Journal, none of the neighbors police interviewed had ever been inside the house. No suspect has been charged yet.