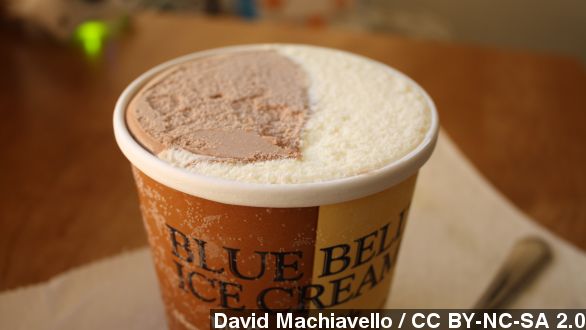 One of the country’s favorite treats has been linked to three deaths in Kansas. Blue Bell Creameries has issued a recall on several ice cream items that are believed to be at risk for carrying the bacteria listeria.

Five patients, who were already being treated in a Kansas hospital, were infected with listeria, and three of them died shortly afterward.

According to Blue Bell, the potentially affected products came from one machine at the ice cream company’s headquarters in Brenham, Texas. The machine has since been dismantled, and the involved products have been removed from stores and storage. (Video via KTVT)

"This is not on our cups and pints and half gallons, not packages ice cream. Most of these were food service items, and there's none out there right now," said Blue Bell CEO Paul Kruse.

According to the Food and Drug Administration, listeria multiplies at refrigerator temperatures, and "the longer ready-to-eat refrigerated foods are stored in the refrigerator, the more opportunity Listeria has to grow."

The Centers for Disease Control and Prevention sites listeria as the third leading cause of death from food poisoning and says about 1,600 people get sick from the bacteria strain every year. Of those 1,600 people, 90% of them will be pregnant women, newborns, people who are 65 and older and those with weakened immune systems.

"We are recommending at this point that no one eat caramel apples."

Less than three months ago, a similar outbreak spread across the country through pre-packaged caramel apples, infecting 35 people across 12 states and killing seven.

This is Blue Bell Creameries' first recall in its 108 years of business.