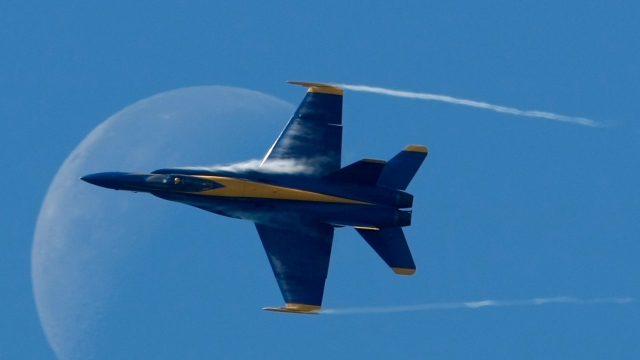 A pilot in one of the U.S. Navy Blue Angels jets died in a crash Thursday in Tennessee.

Members of the squadron were reportedly practicing for an upcoming air show this weekend when a pilot in one of the jets fatally crashed near the runway.

The other five planes landed safely, and there were no civilian injuries.

On the same day, a separate military aircraft crashed after a flyover for the U.S. Air Force Academy's commencement ceremony. The Thunderbird pilot involved in the incident was able to parachute out of the jet and is currently undergoing medical evalution.

Investigations into both crashes are pending.

This video includes images from Getty Images and clips from WSMV, KKTV and KCNC.