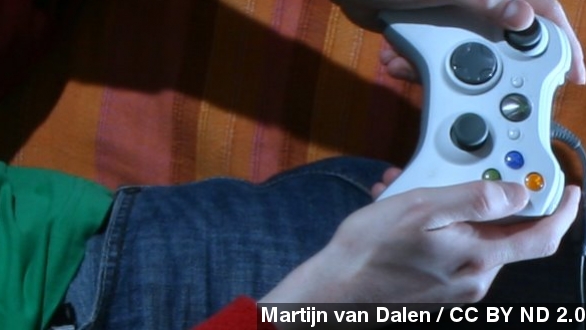 Gentlemen, settle in. I'm about to tell you something you don't want to know: You're immature.

Or at least that's what a new survey would have you believe. A blog by real estate website Estately claims to have found a magical formula for calculating immaturity among men ages 25-65 based on their childish tendencies. Rhode Island tops the list of states with boys who just won't grow up.

You might be thinking Estately used some highfalutin, fancy statistical blueprint to map out adolescent behaviors. It turns out the site mostly just used Facebook.

Surely only underdeveloped minds would guffaw at something TV Guide has hailed as one of the top 10 TV cartoons of all time.

It might seem far-fetched, but the seed of this idea did come from a recognized entity on demographic trends, Pew Research Center. In September, Pew released statistical trends showing a record number of young Americans have never been married. This led Estately to ask, "Why aren't young men and women getting hitched?"

It turns out Estately must think it's the Y chromosome's fault. According to Pew's study, "Never-married women place a great deal of importance on finding someone who has a steady job— fully 78% say this would be very important to them in choosing a spouse or partner."

This might have led Estately a bit astray because the blog used states' unemployment rates in the tabulation of immaturity.

Now, Estately might be ignoring the crawl of the American economy back to prosperity in the past five years after what the National Bureau of Economic Research calls one of the longest economic downturns since the 1920s ... but you could say job searching has been a bit difficult for men recently. Women, too, might we add.

Any way you dice it, it's pretty interesting demographical information ... but I'm not sure I'll only be ferreting my future partners from Utah, Idaho, or Washington state just because those gentlemen rank as the "most mature" by some not-so-standard standards.