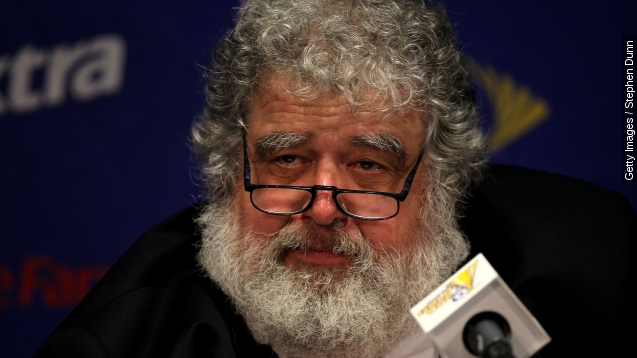 A plea deal with a former FIFA official shows how the U.S. exposed the widespread corruption scandal that is currently rocking the soccer world.

The deal, disclosed Monday, was with Charles Blazer, a former top FIFA official in North and Central America. Blazer pleaded guilty to 10 charges including bribery, money laundering and tax evasion in 2013.

It's believed Blazer's cooperation is what led to the indictment of 14 officials connected to the corruption scandal last month. Blazer admitted to earning more than $11 million in undeclared income between 2005 and 2010 and accepting at least two bribes.

One for voting for South Africa's bid for the 2010 World Cup and another for the 1998 World Cup in France. Altogether, he could have faced 70 years in prison. (Video via Al Jazeera)

But he agreed to act as an undercover informant, hand over documents and testify against others. He also had to forfeit at least $2 million in illegal funds. The deal shows that Blazer had been providing information to authorities since at least 2011.

It's likely Blazer was pushing for a lighter sentence, but we still don't know what exactly he got out of the deal or what specific information he revealed to authorities.

But after those 14 soccer officials were indicted, The Washington Post wrote, "Blazer's guilty plea and apparent cooperation with U.S. law enforcement seem to have been the most important building block in the investigation."

The New York Daily News reported back in 2014 that Blazer was an informant for the FBI, but it wasn't officially confirmed until last month's indictments.