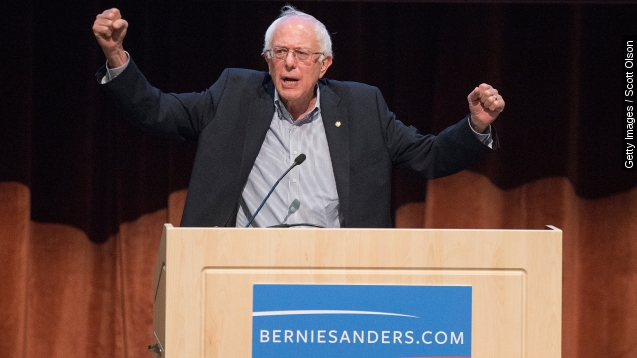 For the second time in about a month, presidential hopeful Bernie Sanders was interrupted by protesters from the Black Lives Matter movement.

The senator was at the podium in Seattle when protesters took over the stage. KIRO says Sanders never actually got to speak.

He faced a similar disruption in July at a Democratic Town Hall in Arizona after Sandra Bland's death in police custody.

"Black lives of course matter. And I've spent 50 years of my life fighting for civil rights and for dignity," Sanders responded.

Despite what he says is a good record on race, Sanders isn't doing well with black voters. In a poll by NBC and The Wall Street Journal, Sanders received only 3 percent of support from non-white voters. (Video via Bernie Sanders)

However, Sanders seems to be handling the protests better than some of his rivals.  Democrat Martin O'Malley has had to apologize after his own run-in with protestors.