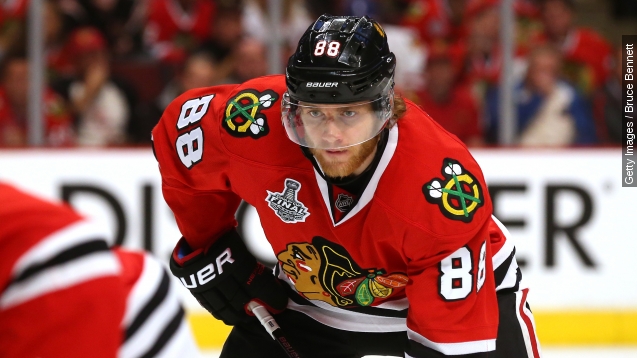 Chicago Blackhawks forward Patrick Kane is at the center of a rape investigation in Buffalo according to a news outlet there.

The Buffalo News reported early Thursday police were investigating Kane but couldn't get confirmation from Kane's lawyer. And police uncharacteristically prevented the outlet from accessing the department's blotter over the weekend.

Shortly after, Newsy's partners at WKBW reported the investigation involved Kane and a woman. A statement from the NHL said, "We are aware and following developments."

The alleged incident reportedly occurred in Hamburg, New York, where the Stanley Cup winner lives in the offseason.

The area, just outside of Buffalo, is also where the 26-year-old's only other known arrest occurred.

In 2009, Kane and his cousin beat up a cab driver over a money dispute. He pleaded guilty to misdemeanor charges.

As of Thursday afternoon, no charges had been filed and no arrests had been made.