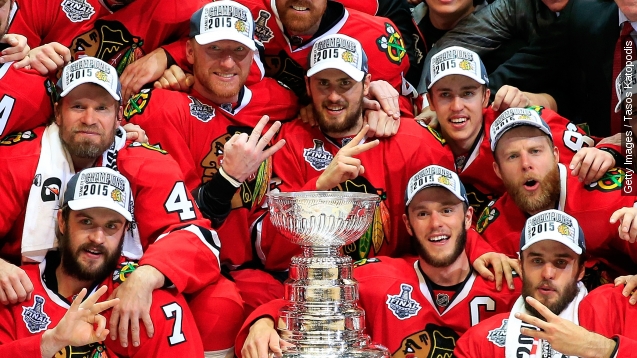 Monday night had Chicago Blackhawks fans all over the country singing a familiar victory tune once again.

And to make the victory even sweeter — it was the first time in 77 years that the Hawks scored a championship title on home ice.

It was a thrilling game to watch, to say the least.

Patrick Kane and Duncan Keith scored the Blackhawks' two goals and led an impressive defensive effort to shut out the highest scoring team in the NHL, limiting the Lightning to just 22 shots.

And Kane's goal late in the third period gave the Blackhawks the first two-goal lead of the entire series. Talk about going out with a bang.

But the Lightning definitely put up a good fight. Goaltender Ben Bishop kept his team in the game with 30 saves.

And center Steven Stamkos almost snuck one past Chicago in the first period only to hit the crossbar, subsequently breaking the hearts of Tampa Bay fans everywhere.

But they might not have even had a chance. As a writer for CBS Sports summed it up, "There simply is not a better organization in the NHL right now than the Chicago Blackhawks."