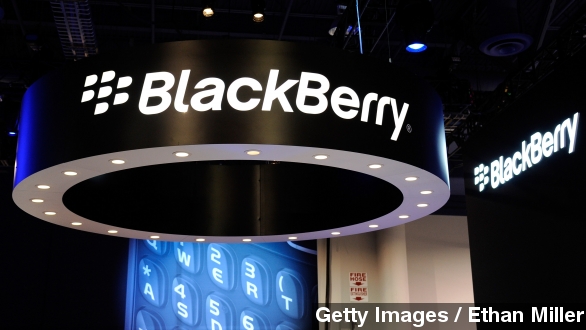 Blackberry is trying tablets again. This time, with one aimed at business users.

To create the SecuTablet, BlackBerry partnered with Samsung, which designed the hardware: It’s based on a Galaxy Tab S 10.5. IBM contributed security software to the package.

It’s quite the jump from consumer devices, but PCWorld suggests BlackBerry doesn’t have much left to lose at this point.

“With its smartphone market share shrinking, BlackBerry is keen to sell its security services across as many platforms as possible.”

“Shrinking” might be generous. Numbers from IDC show over the past four years, BlackBerry’s slice of the pie collapsed from 8.1 percent to less than 1 percent.

And its last tablet, the consumer-class PlayBook, was a flop. The company wound up taking writedowns for hundreds of millions of dollars on the device, before discontinuing it in 2014.

We'll see if a heavy-duty business version fares any better. BlackBerry says the SecuTablet will be ready for release this summer.