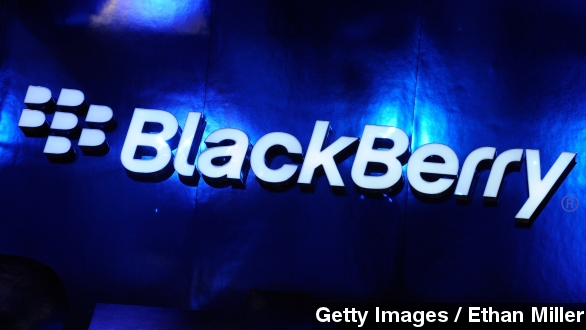 SMS
BlackBerry CEO Blogs Self-Serving Net Neutrality Definition
By Ben Lawson
By Ben Lawson
January 22, 2015
John Chen's interpretation of net neutrality means that all apps should be available for all devices, which is convenient for Blackberry.
SHOW TRANSCRIPT

BlackBerry CEO John Chen published a blog post this week using net neutrality as an argument for "app neutrality," his idea that every app should be available on all platforms.

BlackBerry has consistently lagged behind iOS and Android devices for years, and because of that there are fewer apps available for Blackberry than other devices.

And that's why Chen's argument here comes off as more than just a little self-serving. (Video via Bloomberg)

Chen writes in his post, "Neutrality must be mandated at the application and content layer if we truly want a free, open and non-discriminatory internet. ... Applications/content providers must be prohibited from discriminating based on the customer’s mobile operating system."

Net neutrality is the concept that all traffic should flow freely on the internet, and no website should get priority over another. How Chen connected that to app development is anyone's guess.

He is essentially arguing it's unfair that companies don't make apps for BlackBerry anymore.

Netflix is one company he calls out specifically in his post for not making their apps on all platforms. And yeah, Netflix probably could afford to make a BlackBerry app.

But if Chen's rules were to come to fruition, they would likely be so burdensome on small and independent developers it could put them out of business. (Video via CNBC)

Bloomberg estimates BlackBerry controlled just a measly 0.8 percent of the smartphone market in 2014, and it's not expected to get much better.

And developing apps isn't cheap. So being forced to develop an app for a platform that won't generate that much revenue isn't exactly a wise business move.

It wasn't long before tech journalists hopped on Chen's clear misunderstanding of net neutrality and what sounds like a whiny ploy to save his business.

Business Insider calls it a "desperate plea from a company that completely whiffed on the modern smartphone era."

Forbes accuses the Chen of asking the government to force the industry's current leaders to save Blackberry.

And PCWorld goes so far as to call it "profoundly stupid."

Chen reportedly also sent his idea of "app neutrality" in a letter to several members of congress.