'Black Mirror' Is Back To Twist Your Mind 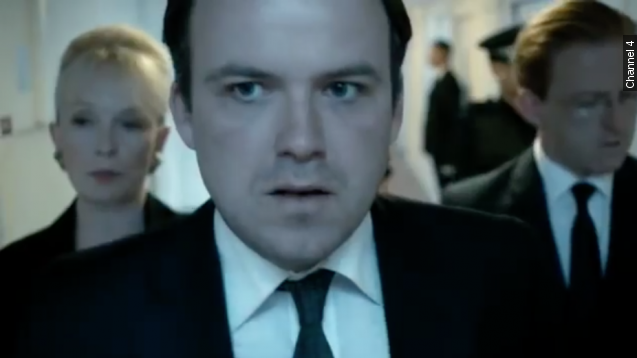 Ready to have your mind blown, again? (Video via Netflix)

"Black Mirror" will be back for a third season. Online streaming giant Netflix announced it's backing the twisted sci-fi show's comeback. And without standard television regulations, we wonder how much crazier this show can get. (Video via Channel 4)

"It's an assortment. You never know what you're going to get from one episode to the next. But you know it's going to be dark chocolate," said executive producer Charlie Brooker.

That was Brooker talking about the series nearly a year ago. He and co-producer Annabel Jones will produce 12 more episodes for Netflix.

Netflix has commissioned more episodes than all of the previous seasons combined. We only hope it means more Jon Hamm appearances. (Video via Channel 4)

They've just started writing the episodes and production is expected to pick up later this year. But brace yourself, we're told the stories will be bigger, stranger and more diverse than ever before, which almost seems unimaginable to those who've seen an episode or two. I haven't had a ham sandwich since the series started. (Video via Channel 4)