Both Black And White Americans Believe There Is Widespread Racism 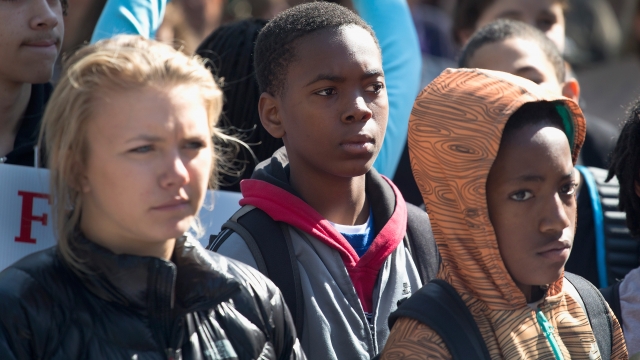 American attitudes on race seem to have shifted a bit. According to a new poll by Gallup, both white people and black people say racism is widespread, in some way.

This is a poll the company does every year and the number of people who hold that view has increased since last year. But first, let's deal with the perception of racism against blacks.

Sixty-one percent of Americans say it's widespread — that's just a 1 percent increase overall from last year. And unsurprisingly, blacks are more likely to think racism is a problem: 82 percent of blacks say it is, while 56 percent of white people agree. Both of those numbers are up, increasing 10 percent and 7 percent respectively.

The poll was conducted between June 7 and July 1. Gallup spoke with 3,270 adults who had previously been interviewed in the poll.

The increase makes sense. Coverage of officer-involved killings of black people has gone up and the use of social media and the rise of activist groups, like Black Lives Matter, have all led to a larger conversation about race in America.

But one statistic that was a bit surprising was an increase in whites believing racism against them is widespread. Forty-three percent of white people said racism against whites is common — that's an 11 percent increase from 2015.

In both of those cases, it's nearly impossible to make a connection to whether or not racism in America is actually rising or if it's just our perception of racism that is fluctuating.