Black And Muslim — A Complicated Identity 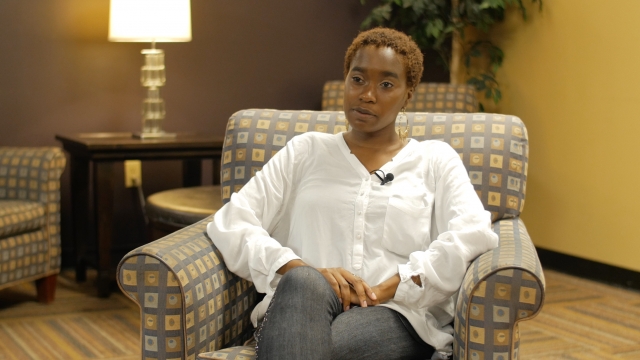 SMS
Black And Muslim — A Complicated Identity
By Melissa Prax
By Melissa Prax
July 14, 2016
Black Muslims in America are at the crux of the conversation of race and religion, but they're largely marginalized.
SHOW TRANSCRIPT

Muslims in America are diverse. But black Muslims are largely left out of the conversation.

"Black kids do not believe me when I say I'm black, and at the mosque when it's time to pray, sisters slide their feet away from mine," Mikel Aki'lah said.

It's estimated that black Muslims make up as much as a third of all Muslims in the U.S. And about 40 percent of American-born Muslims are black — more than any other race.

The Muslim population in the U.S. overall is pretty small — but growing.

"I get a lot of people that are kind of so ingrained in their culture and their biases that interacting with black Muslims is something they don't usually do," Sanders said.

"We're for democracy, and everyone here is equal, and you're free to do whatever you want, but that's not necessarily always the case," Malikah Shabazz told Mashable.

SEE MORE: The Vast Majority Of Terror Victims Are Muslim

Even many American-based Muslim advocacy groups inadvertently focus on immigrants and Arab Muslims living in the U.S.

"Black Muslims that I've spoken with have felt like Muslims of other races don't want to engage with black Muslims ... so I'd say we have a lot to work on in terms of race and getting over cultural boundaries," Sanders said.

When it comes to identity — almost half of American Muslims see themselves as Muslim first, American second. That's pretty common for other religious groups in the U.S.

"Although Islam and being African-American are very big parts of my identity, I think we need to stop and realize that that's not all there is to me," Sanders said.

"People get so hung up on what they think they know that they fail to see the whole person, and honestly, that's probably the biggest thing that's like a loss on both sides," Sanders said.