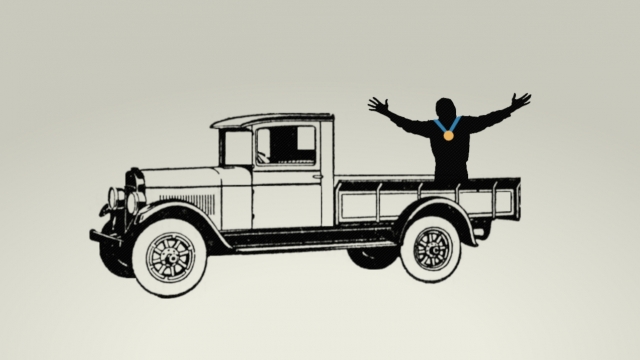 The apparent winner of the 1904 Olympic marathon rode in a car for 11 miles of the race and was disqualified on the podium when everyone caught on. To be fair, it was a tough race: The runner-up had to be carried across the finish line.

The Tunisian modern pentathlon team at the 1960 games sent the same athlete out for fencing again and again, hoping the mask would disguise the fact.

It didn't fool anybody, and the team came in dead last anyway. They reportedly fell off their horses, nearly drowned in the pool and one of them almost shot the judges during the pistol round.

Two Olympics later, in 1968, a Swedish modern pentathlete downed two beers before competing in the pistol segment. It led to the first instance of Olympic disqualification for substance abuse. His whole team forfeited their bronze medals.

And two Olympics after that, a fencer for the Soviet Union left the sport in disgrace after judges discovered he had a secret switch built into his épée that scored him points.

In 1984, a track and field athlete from Puerto Rico injured herself during the long jump. She had her identical twin sister run the next event, and the team advanced — until their coach discovered what happened and pulled the team.