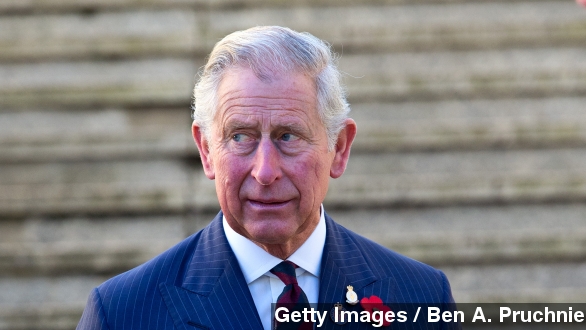 "GMA" calls it "explosive," "a bombshell" — a new, unauthorized biography of Prince Charles claims the Brit almost didn't go through with his wedding to Princess Diana.

"Charles almost backed out, telling a friend: 'I can't go through with it. I can't do it.'"

"It was the enormity of this step — it had also hit him."

That was Catherine Mayer, author of "Charles: The Heart of a King."

It's her claim about what Charles said before his wedding that's making the most noise. The public's eternal love for Princess Diana means the tale is incredibly interesting. The Telegraph has more on the book's claims:

"The future Princess, to whom he had been engaged for five months after a brief courtship, was 'not the jolly country girl he had assumed', but instead a vulnerable, complicated woman already suffering from an eating disorder."

That's in line with what Diana's biographer Andrew Morton said — that the palace didn't know how to handle her complex emotions. Diana actually told him before she died that she'd also thought about walking away from the wedding, but her sisters convinced her to stay.

But there are other notable claims from Mayer too. She says Charles is proud of, but also envious of, his sons Will and Harry because of the crowds they can draw.

The prince's team has released a statement on the work, saying: "It is not an official book. The author did not have the access as claimed."

But Mayer, who is an editor-at-large for Time, says she isn't claiming to have more access than she did.

One thing Mayer does say, though: that Charles really loves Princess Kate and is close to his grandson, Prince George.