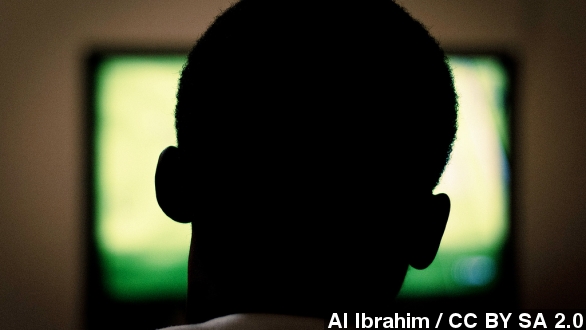 Binge-watching your favorite TV shows: it's a guilty pleasure for many.

But a new study from the University of Texas at Austin suggests the urge to sit down and watch several hours of TV could have something to do with loneliness and depression.

HealthDay reports researchers interviewed more than 300 people about their TV habits and moods. They discovered the lonelier or more depressed a person felt, the greater the chance he or she would binge-watch.

Medical Daily quotes the study's lead researcher saying that tendency means "Viewers may start to neglect their work and their relationships with others."

New York Magazine points out one of the reasons this study is significant is because it's one of the first attempts to "understand the psychology of binge-watching."

That's most likely because binge-watching, as we know it, only recently became a thing.

And it wasn't added to the Oxford Dictionary until in 2014.

Back in 2013, it teamed up with Harris Interactive to conduct a survey, which found 73 percent of TV watchers reported having positive feelings when binge-watching. (Video via Netflix)

Netflix releasing this information makes sense because the company has made it so easy for viewers to binge-watch.

The site will drop an entire season's worth of episodes, like "House of Cards," in one day.

Last year, The Huffington Post explained why it's so difficult for people to tear themselves away from the TV, saying: "Our brain is hard-wired to monitor changes in our environment. ... As long as something's moving onscreen, we're watching from our couch."

The UT researchers will be presenting their findings at an International Communication Association conference in May.

This video includes an image from Tomas Hellberg / CC BY NC SA 2.0.