Bill Nye Is Saving The World With His Own Netflix Series 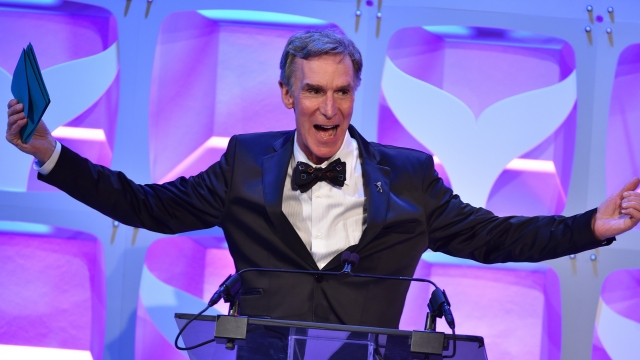 SMS
Bill Nye Is Saving The World With His Own Netflix Series
By Ben Lawson
By Ben Lawson
August 31, 2016
Bill Nye is going to host a talk show about science topics that relate to current issues.
SHOW TRANSCRIPT

Bill Nye is coming back to TV — well, he's coming to Netflix, but it's all the same now, right?

It sounds like he's going for a more adult-oriented show than his previous series, "Bill Nye, the Science Guy." Although, we hope he gets to keep the theme song.

That show ran for 100 episodes between 1993 and 1998 and was a favorite of '90s kids and lazy science teachers everywhere.

SEE MORE: We All Scream For The Announcement Of 'Stranger Things' Second Season

His new show will be called "Bill Nye Saves the World," and it's described as a talk show that explores science topics that currently impact politics, society and pop culture.

It's slated to start sometime in Spring 2017, but it's not clear what the episode schedule will be like.

This is Netflix's second talk show. It recently renewed Chelsea Handler's show, which is simply titled "Chelsea," for a second season.