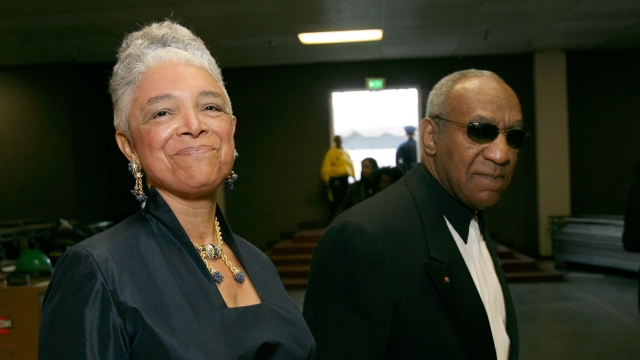 Bill Cosby's wife, Camille, made a last-minute attempt to avoid testifying in a civil suit stemming from the sexual assault allegations surrounding her husband, but a judge denied it on Sunday.

Seven women filed a lawsuit claiming that Bill Cosby defamed them when he denied the allegations that he drugged or sexually assaulted them.

On Friday, a judge ruled that Camille Cosby would have to sit for a Monday deposition regarding that lawsuit. She made several previous attempts to avoid giving her testimony.

Saturday, her lawyers filed a motion that attempted to prevent or relocate her testimony, saying it would create "an unnecessary media circus and personal security threat that serves no purpose other than to harass and embarrass her."

Camille Cosby has remained largely silent after releasing a statement in support of her husband in 2014, but her testimony could prove crucial for the case.

Camille Cosby is also her husband's business manager, so prosecutors could press her for insight into how past allegations against Cosby were handled.

"They could be looking for checks that were paid out through the business, knowledge of when and where he was," NBC News' legal analyst Karen DeSoto said.

Bill Cosby is currently facing a charge of aggravated indecent assault in Pennsylvania from a 2004 incident. Anything said on the record during a deposition for the civil suit could be used as evidence in his criminal trial.

Correction: A previous version of this story reported that a judge delayed Camille Cosby's deposition; but that was incorrect. The judge denied her request. The video has been updated.

This video includes images from Getty Images and clips from ABC, NBC and Comedy Central.