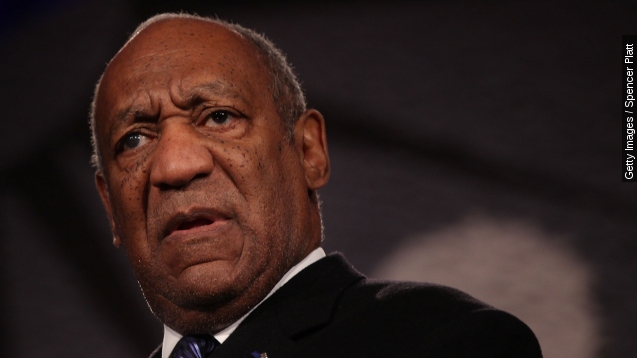 The Bill Cosby debacle continues. In an interview that aired on "Good Morning America" Friday morning, you'll notice Cosby was present ... but it still didn't seem like he was really "there." You'll see what we mean.

ABC anchor Linsey Davis asked Cosby in an exclusive interview if he was prepared for the backlash and what he would do when people started pressing him on whether he was guilty of assaulting women.

"Many of them say, 'Well, you're a hypocrite. You say one thing, you say the other.' ... I'm telling you where the road is out. Now, you want to go here, or you want to be concerned about who's giving you the message?'" Cosby replied.

We'll be honest here. We have absolutely no idea what he just said. Let's try it again:

"I'm telling you where the road is out. Now, you want to go here, or you want to be concerned about who's giving you the message?'" Cosby asked.

Again, tough to say what Cosby meant there.

And we aren't the only ones who noticed the 77-year-old wasn't making much sense. The Huffington Post called it "gibberish."

Around 40 women have come forward accusing Cosby of sexual assault. He has never been criminally charged.

Cosby is part of the Black Belt Community Foundation initiative to raise awareness about underfunded schools in Alabama, though there's little mention of that relationship on the foundation's website.

When asked if Cosby's allegations might overshadow his positive message about the organization, he responded with more nonsense. "And reality is the situation. I can't speak," he said.

The entire interview will air on "Nightline" Friday evening.