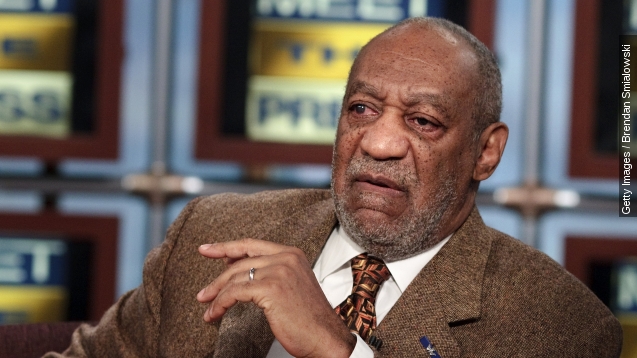 Los Angeles prosecutors are deciding whether to charge Bill Cosby in an alleged sexual assault at the Playboy Mansion back in 2008.

According to a report from the Los Angeles Times, prosecutors are reviewing the case after receiving the results of an investigation by the LAPD. (Video via NBC / "Tonight Show")

Prosecutor's spokesman Jane Robison told the outlet LAPD detectives presented the findings of their investigation to the district attorney's office, and they are currently "under review."

It's unclear when a decision will be made on whether to charge Cosby or what he would be charged with.

But authorities say this is another step in their effort to review the allegations dozens of women have made against him.

"I have been in this business 52 years, and I've never seen anything like this," Cosby said on ABC.

As for the alleged incident at the Playboy Mansion, Chloe Goins claims, when she was 18 years old, the comedian gave her a drink that made her black out. (Video via Comedy Central)

According to her attorney, when she finally woke up, she was half-naked with him.

Of course, Goins is one of about 50 women to speak out against Cosby and accuse him of sexual assault. But the statute of limitations for most of the allegations are already up, so they can't be filed as civil or criminal cases.

Because the alleged incident with Goins happened only seven years ago, its more likely Cosby will be charged.

Under California law, the legal deadline for prosecuting most rape cases involving an adult is 10 years.

But Goins' case could still be rejected. Loyola law professor Laurie Levenson told the Los Angeles Times, "In most other adult sex-crime cases — including the type Goins is alleging — the statute of limitations is generally six years."

Officials say there were "other reasons" for the LAPD to investigate Goins' accusations. Cosby has denied he was in even Los Angeles at the time of the alleged incident.