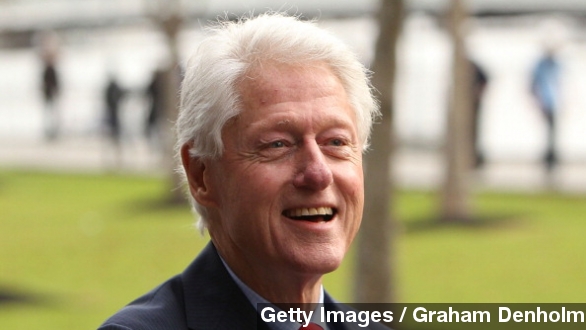 Bill Clinton has revealed who his favorite person is. And no, it's not his wife, Hillary.

"I love it. Yeah, you know, like every other grandparent, I think my granddaughter's the greatest thing since sliced bread. It's really fun."

And judging by all the photos the proud grandparents have posted to social media since her birth, they couldn't be happier.

As for how he's doing in his new role, Clinton told Meyers Chelsea luckily hasn't had to "discipline [Charlotte's] overly exuberant grandparents too much."

Looks like the former president is taking his grandpa duties pretty seriously.