Bill Clinton: Obamacare Is 'The Craziest Thing In The World' 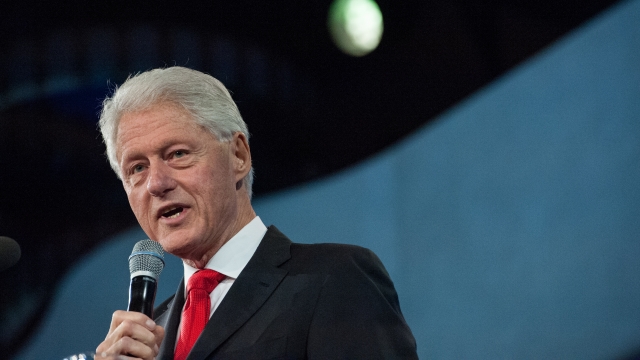 "It's the craziest thing in the world," Bill Clinton said.

That was former President Bill Clinton criticizing the Affordable Care Act while campaigning for his wife in Michigan on Monday.

Clinton was speaking about government-run marketplaces under President Obama's signature legislation when he ripped into the system.

He added, "You've got this crazy system where all of a sudden 25 million more people have health care and then the people who are out there busting it … wind up with their premiums doubled and their coverage cut in half."

Of course, Republicans jumped at the opportunity to post clips of Clinton's comments online. The party has made similar critiques against Obamacare since its creation.

But Clinton has dissed Obama a few times while campaigning for Hillary Clinton in her bid for president.

"If you believe we've finally come to the point where we can put the awful legacy of the last eight years behind us and the seven years before that, where we were practicing trickle-down economics ... then you should vote for her," Clinton said in March.

Meanwhile, Hillary Clinton has said if she becomes president, she plans to defend Obamacare and build on its successes.

Estimates say roughly 20 million Americans have gotten health insurance between 2010 — when the Affordable Care Act was passed — and early 2016.