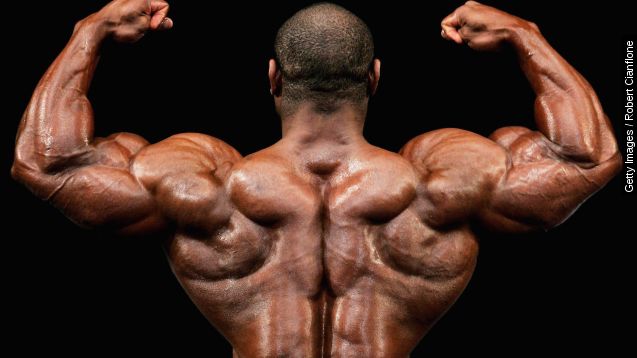 SMS
'Bigorexia' Affects More Men Than You'd Think
By Katie Link
By Katie Link
September 24, 2015
Bigorexia is a form of anxiety that makes people believe that they're small, even though they have large muscles and frequent the gym.
SHOW TRANSCRIPT

Tired of hearing that one guy at the gym talk about his protein shakes and benching an ungodly amount of weight?

"Here at GloboGym we understand that ugliness and fatness are genetic disorders." (Video via 20th Century Fox / "Dodgeball: A True Underdog Story")

Well there's another genetic disorder some doctors believe is related to appearance. According to The Independent, about 1 in 10 gymgoers are afflicted with bigorexia, formally known as muscle dysmorphia.

It's a form of anxiety that makes people think they're small, when in reality, you can see every muscle and vein in their bodies. (Video via GoDaddy)

Signs of the disorder can range from looking in the mirror excessively to abusing steroids. Doctors say it often goes undiagnosed.

"Muscle dysmorphia is a preoccupation that one isn't big enough that one isn't muscular enough, and that's causing them great levels of anxiety, profound depression — and that depression becomes so severe that that could lead them to take their own lives," Rob Wilson told BBC.

For those diagnosed with bigorexia, cognitive behavioral therapy and certain medications can help alleviate the anxiety.