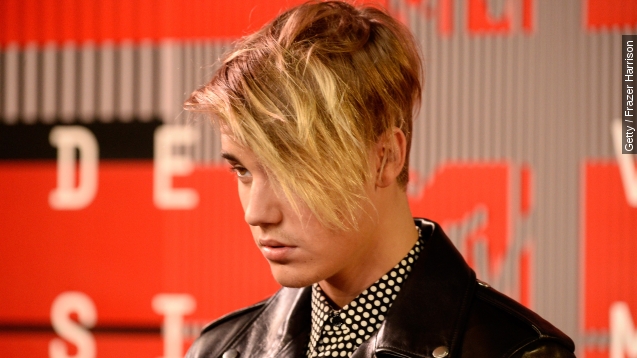 Naturally, the one time Justin Bieber is just being his sexy ol' self on the cover of his new album, there are some potentially serious global repercussions. (Video via Island Def Jam Music Group / Justin Bieber)

According to TMZ, the cover art on his new album is "provocative" enough for several Middle-Eastern countries and Indonesia to reportedly ban sales of the album.

The artwork for "Purpose" was recently released and features a shirtless Biebs showing his prominent cross tattoo while posing in what appears to be a prayer position.

Between Bieb's sexy bod on the cover and the Christianity reference, TMZ was told the countries, which are predominantly Muslim, are taking issue with the cover art.

Bieber's used to controversy at this point — he's been trying to rehabilitate the bad-boy image he developed over the past few years, with the slight hiccup of some naked pictures that surfaced on the Web in October.

This album is practically in a dead heat against One Direction's new album, "Made in the A.M.," which is set to release the same day. Every dollar is going to count, which is why TMZ says Bieber's team is reportedly trying to design an alternate album cover. (Video via Island Def Jam Music Group / Justin Bieber)

The cover, which actually has three different versions, was designed by LA street artist Retna, whose work has appeared in Nike and Louis Vuitton.

"Purpose" has already had some massive hype since the release of the first single, "What Do You Mean?," which was also Bieb's first No. 1 song on the Billboard Hot 100 chart. He also released this shirtless teaser video showcasing some new choreography and a quick bit of music from a new song. "Purpose" releases Nov. 13.