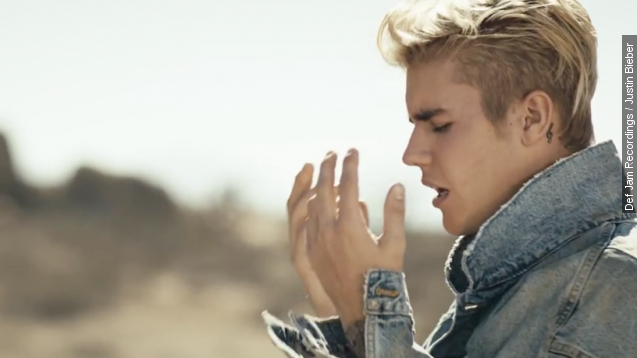 I know. When you think of a Justin Bieber music video, it's hard to stray from the idea of bowling alleys and bad bangs.

But that was Baby Bieber. And grown-man Bieber took a page out of the Beyonce Bible: releasing 12 music videos over the weekend for his new album "Purpose." The Biebs released each video individually, but together, they make up a 45-minute short film titled "Purpose: The Movement."

Bieber sings his way into the starring role of his short film, but his cast of supporting actors enhance his music immensely.

Remember those sassy dancers from "Sorry"? They delivered more first-class choreography in a new video for "What Do You Mean?" and "No Sense."

Don't forget about the boys. Male dancers take it to the next level in "I'll Show You" and "The Feeling."

The dancing then goes from "GET IT!" to "get the tissues" in "Life is Worth Living." The same rule applies to "Love Yourself" where the Bieber team has used the power of dance to bring his lyrics to life.

And let's not forget about the "Children." In what looks like the most coordinated musical based on "The Hunger Games," Bieber's hitting us with some pint-sized performers whose dancing could save all the lives in District 12.

Overall, the videos focus less on Bieber and more on his interpretation of the songs. It's a refreshing strategy for a singer who always seems to be in the spotlight and is now letting his art, and underwear, speak for itself.