Biden Doesn't Know If He Has The 'Emotional Energy' For 2016 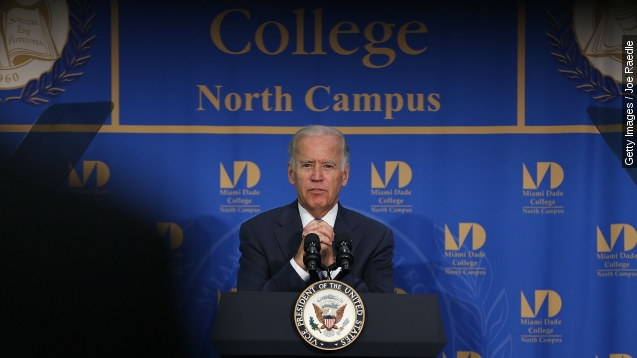 SMS
Biden Doesn't Know If He Has The 'Emotional Energy' For 2016
By Evan Thomas
By Evan Thomas
September 4, 2015
Vice President Joe Biden says he'll only enter the 2016 presidential race if he can make it work for his family.
SHOW TRANSCRIPT

Vice President Joe Biden says he'd like to run for the 2016 presidency. But he still doesn't know if he'd be able to make it work.

Biden, whose son Beau died from cancer in May, says his entry into the race will depend on whether he — and his family — have the "emotional energy" to sustain another campaign. (Video via The White House)

"Everybody talks about a lot of other factors: the other people in the race, whether I can raise the money, and whether I can put together an organization. That's not the factor," Biden said. (Video via CBS)

According to the New York Times, Biden has been giving the prospect of a 2016 run more thought as current Democratic front-runner Hillary Clinton slips in the polls. (Video via Hillary for America)

But then Biden has also voiced occasional support for Bernie Sanders.

And none of the attendees CNN spoke to after a recent fundraiser "came away sold on a Biden candidacy.”

Aides told The New York Times Biden could make a final decision sometime in October. The first Democratic presidential debate is scheduled for the 13th.