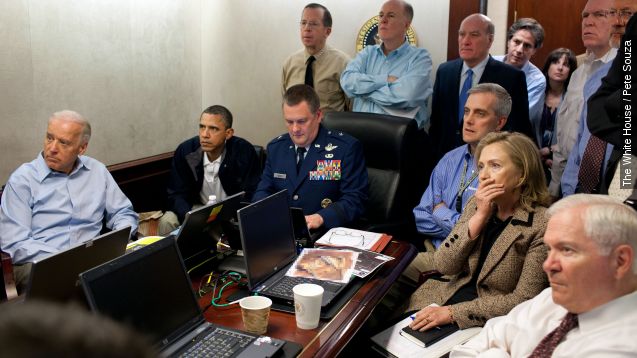 "I was the one that recommended to him we go ahead with the operation," Clinton said in August 2015.

Clinton said as much in her memoir "Hard Choices." adding that Biden "remained skeptical" when she pushed for the raid.

But now, this from the vice president: “As we walked out of the room and walked upstairs, I told him my opinion, that I thought he should go but follow his own instincts,” Joe Biden said at George Washington University.

What’s interesting about this is Biden’s recent account seems to not only contradict HIllary Clinton’s but his own.

There was no mention of a private conversation with Obama.

Biden’s original version of the story would would fit with what we know about the vice president.

At least compared to Clinton, he’s generally considered — when it comes to foreign policy — to be more cautious.

Now, if you’re wondering what the White House has to say about all this, it’s staying out of it.

“I am going to leave the dissection and the oral history of those days to those who were actually there,” Earnest said.