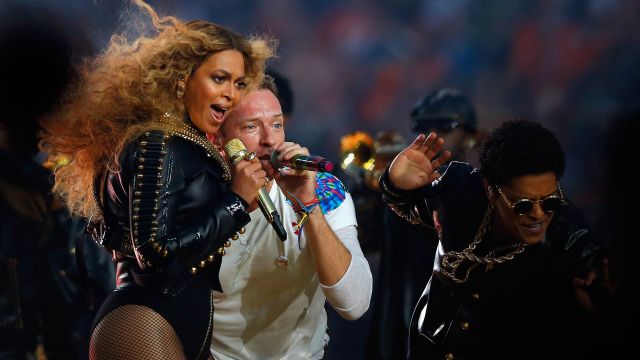 Coldplay started with "Viva la Vida" and played a few songs before Bruno Mars made an entrance with "Uptown Funk."

Then, Beyoncé came in with "Formation," the single she dropped just a day before her halftime performance.

We expected Beyoncé to then join in for Coldplay's "Hymn for the Weekend," a song from Coldplay's "A Head Full of Dreams" album that debuted in December. Beyonce is featured in the song.

But that never happened. Instead, the performance ended with the camera zooming out to the message "Believe in love."

Then, right after the conclusion, a quick ad popped up announcing Beyoncé's "Formation" world tour.

It left many asking, "Coldplay who?" Yes, Beyoncé did it once again.