Beyoncé Just Claimed 2016 As Her Own — Sorry, Everyone Else 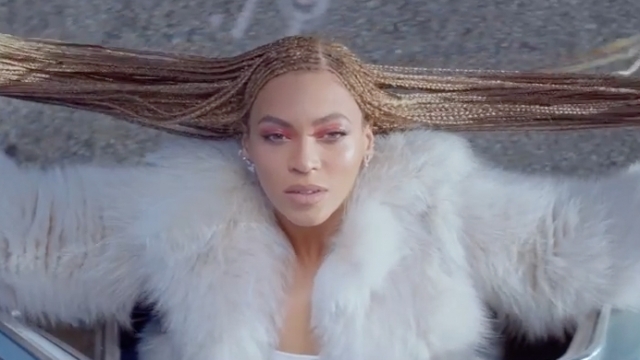 SMS
Beyoncé Just Claimed 2016 As Her Own — Sorry, Everyone Else
By Eugene Daniels
By Eugene Daniels
February 6, 2016
Queen Bey just dropped a brand new song and music video, and we're not worthy.
SHOW TRANSCRIPT

Just cancel your plans this week, this month and for the rest of 2016 because Beyoncé the Weave Snatcher just took it all the way over.

Just one day before her second Super Bowl halftime show Sunday (OK, so she's just joining Coldplay on stage, but really who isn't watching for her?), Beyoncé released a brand new single, "Formation," accompanied by a music video we're not worthy of watching — but we did anyway.

"My Daddy Alabama, Momma Louisiana. You mix that Negro with that Creole, make a Texas Bama," queen Bey sings about her black and Creole heritage.

The song and video are an almost-five-minute tribute to New Orleans culture and the black community as a whole.

And some of the visuals get pretty serious. There are very clear references to protests against police brutality and the "Black Lives Matter" movement.

2016 has already been full of new Bey sightings; it started with this moment with Channing Tatum on Lip Sync Battle, followed by a video for Coldplay's newest single "Hymn for the Weekend." (Video via Spike, Parlophone / Coldplay)

Rolling Stone says Beyoncé has been rehearsing the song to perform during the Super Bowl. Let's just hope the power can handle it this time.

"The power went out? Did the power go out?" Beyoncé asked of her 2013 halftime show.