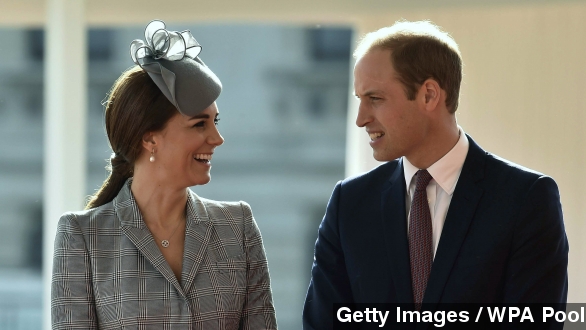 We're getting closer and closer to the birth of Prince William's and Duchess Kate's second child, and betting on what the royal name is going to be isn't slowing down.

But like in March Madness, there's been a bit of an upset in the baby name betting game.

According to Mirror Online, an online sports betting company is now saying the odds are 3-1 that the baby's name will be Alice if a little princess is born.

That's after Ladbrokes, a different betting company, settled on the name Alexandra through a corgi race it held last week.

A baby name expert told Mashable: "The Duchess was said to favor the name Alexander for Prince George, and it's his second middle name, so Alexandra for a baby girl might be her top choice — and for the 'spare,' especially a girl, Kate might be allowed to rule."

But if you don't put much stock in the name chosen by a dog race, Ladbrokes does have Elizabeth being the hands-down favorite girl name at a 5-1 odds on its website.

The name Alice does seem like a possible contender, though.

It has a history of being used in the British royal family, despite not being used in a while. The last time it was chosen was when Queen Victoria named her second daughter Alice in 1843.

Hello! magazine reports odds may be on the side of Elizabeth, though, since Kate announced she's giving birth around Queen Elizabeth's birthday, April 21.

And the betting world isn't ignoring that it could be a baby boy. Front-runners for names for Prince George's brother include Richard and James.

But if picking out baby names really isn't your thing, there's plenty more to bet on, including the baby's birth date and the color of the dress Kate will wear when she exits the hospital.

This video includes images by Getty Images and tiffany terry / CC BY 2.0.