#BernieMadeMeWhite: A Look At Who Is Really Supporting Sanders 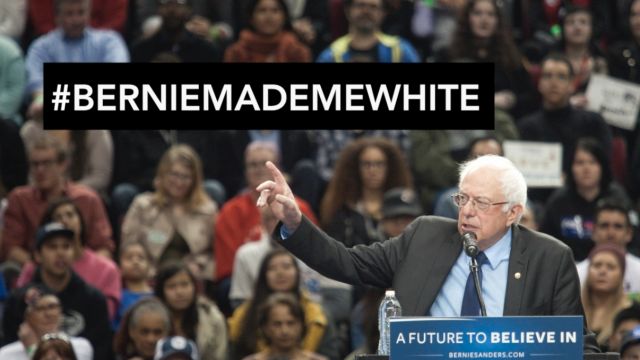 SMS
#BernieMadeMeWhite: A Look At Who Is Really Supporting Sanders
By Jamal Andress
By Jamal Andress
March 28, 2016
We ran the numbers on the states Sanders has dominated. And while they don't all have a large white population, they're short on blacks and Latinos.
SHOW TRANSCRIPT

And while Sanders' victory can be attributed to a variety of factors, Sanders supporters felt the media only focused on white voters.

For example, CNN wrote of Sanders' victories on Saturday, "These caucus states — largely white and rural — are the type of places Sanders traditionally does well."

It seems a more accurate way to categorize states Sanders has won is by their below-average black and Latino populations.

Washington, Alaska and Hawaii all have below-average black and Latino populations. Vermont, Kansas and Idaho do as well — all states where Sanders has dominated.